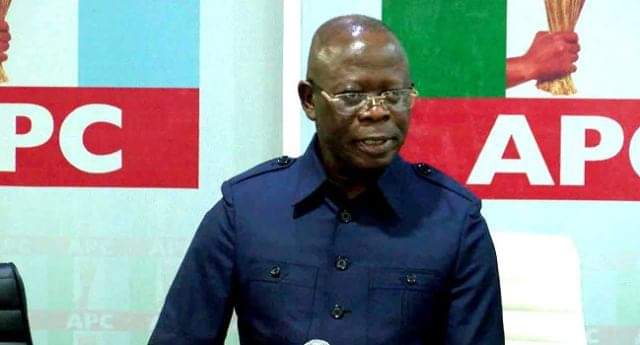 Former National Chairman of the All Progressives Congress (APC) Adams Oshiomhole has made a U-turn on his desire to vie for the presidency in 2023.

He was among the 351 Senatorial aspirants screened by the Mahmud Shinkafi-led screening committee of the APC in Abuja on Saturday night.

The APC yesterday completed the screening of all the governorship and the senatorial aspirants jostling for the party’s tickets for next year’s general elections.

The screening of 90 per cent of the 1,197 House of Representatives aspirants was ongoing as of the time of filing this report yesterday evening.

The Nation confirmed that all the 145 governorship aspirants were screened by the three panels set up by the party while 351 Senatorial aspirants went through the rigours of four screening panels.

The Directorate of Organisation of the APC is expected to release the list of successful aspirants today.

Disqualified aspirants interested in contesting their fate will have the chance to do so next tomorrow and Thursday before the Screening Appeal Committees.

The screening for State Houses of Assembly aspirants earlier scheduled for the weekend may now hold next tomorrow in the states. But members of the screening committees had yet to be inaugurated as of yesterday.

The members were seen last night at the venue of the governorship screening.

One of them said:” I got a text message to appear for the inauguration of chairmen of the screening committee for State House of Assembly on Saturday and as of now (Sunday evening), we have not been told of anything.

“The same goes for the chairman and secretaries of the screening appeal committees for the House of Assembly.”