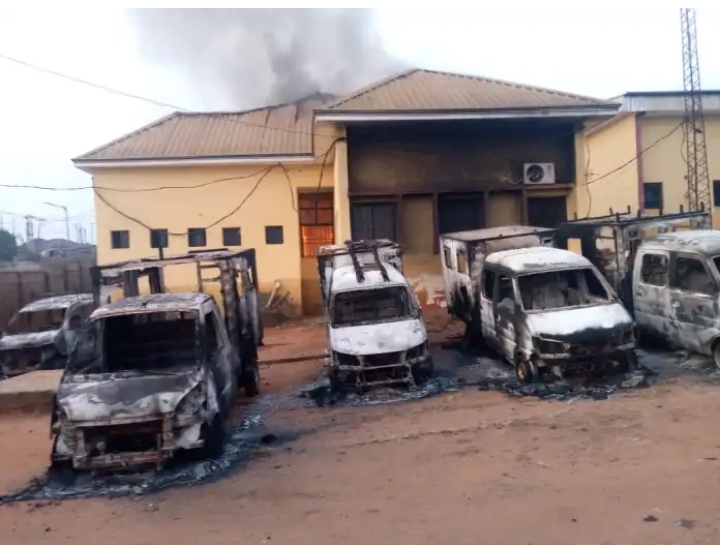 Yet to be identified arsonists, in the wee hours of Monday, set ablaze Idemili North Local Government Area secretariat situated in Ogidi.

This paper gathered that a Magistrate Court inside the premises and the office of the Enugu Electricity Distribution Company, EEDC was also affected by the inferno.

Though, the timely arrival of security operatives and local residents helped in containing the raging fire which was aimed at burning down the entire building.

Some parts of the building and the operational vehicles parked in the premises were totally burnt.

At the time of filing this report, there was no human casualty recorded in the attack.

Meanwhile, when contacted, the State Police Command confirmed the attack.

DSP Tochukwu Ikenga, the spokesman of the State Police Command said, “Yes, there was an attack at the council secretariat in the early hours of Monday and our men were quickly drafted to the scene.

“Right now, the fire has been put off, and calm restored to the area.”