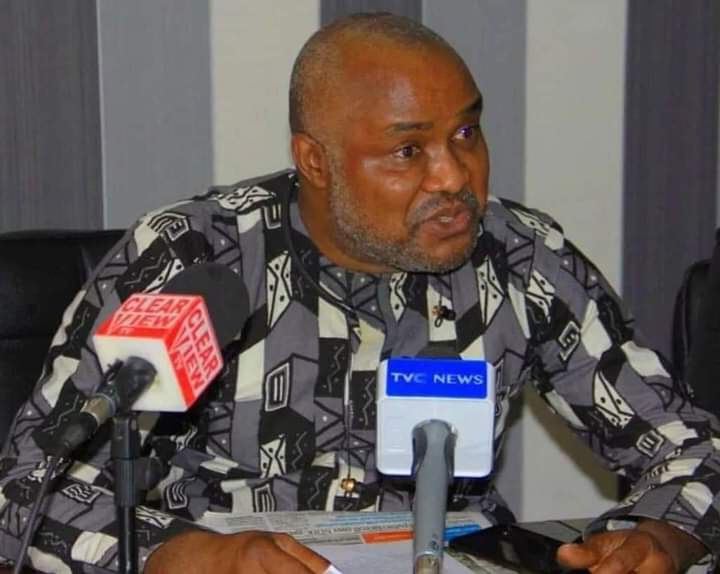 HURIWA, in a statement by its National Coordinator, Comrade Emmanuel Onwubiko, said Jibril was captured in a video that has gone viral allegedly telling his many Muslim followers to get the home address of Kukah and possibly attack the Bishop if he is the person that sent Deborah Samuel Emmanuel Yakubu to the Shehu Shagari College of Education in Sokoto where she allegedly blasphemed against the Religion of Islam.

Rampaging hoodlums on Saturday torched and vandalised at least two parishes presided over by Bishop Kukah and it took the swift response of security operatives to stop any attack on Kukah’s personal residence.

Rioters had on Thursday stoned and burnt a 200-level Home Economics student of the Shehu Shagari College of Education in Sokoto, Deborah Yakubu, for alleged blasphemy of Prophet Muhammad (SAW).

The police arrested two suspects and protesters had demanded their release. The young demonstrators turned violent, vandalised, looted and burnt traders’ shops, churches and residential apartments perceived to be owned by Christians.

HURIWA accused security agencies as well as 18 of the 19 governors in the whole of northern Nigeria of supporting the brutal killing of blasphemers and for grooming Islamic extremists through the implementation of policies skewed in favour of Moslems to the neglect of many other citizens of other faiths and belief systems in those States.

The group cited Section 10 of the 1999 constitution as saying the government of the federation or of a state shall not adopt any religion as state religion.

HURIWA’s Onwubiko said, “By this statement, HURIWA is putting the Department of State Services on notice to hold Sheikh Abubakar Jibril accountable for the fatal mob attack on Kukah’s parishes on Saturday. In fact we think the constant bashing of spokespersons of President Muhammadu Buhari against Bishop Kukah each time the Cleric issues critiques of some anti people’s and anti democracy thereby encouraging haters of truth and objectivity to target Right Reverend Bishop Mathew Hassan Kukah of the Catholic Diocese of Sokoto for attacks by such Islamic fanatics as has just happened with the recorded video by the Sokoto Islamic preacher who openly incited his followers against Bishop Kukah.

“Jibril, in a trending video, erroneously accused Bishop Kukah of motivating Deborah to commit alleged blasphemy and that he should stop or else he will be dealt with. The inflammatory cleric (Jibril) then asked if they know his (Kukah’s) house and the listeners shouted, ‘Yes we do’. He is inciting them to attack Bishop Kukah.

“HURIWA charges the DSS to arrest Jibril immediately for questioning as the secret police had probed and persecuted the late deputy governor of the Central Bank of Nigeria, Obadiah Mailafia; and other vocal Christian leaders like Kukah himself.

“Anything short of the arrest of Jibril is sentimental and condemnable. Nothing must happen to Kukah. Nigerians are watching and are not fools.

“HURIWA again enjoins all Nigerians of conscience to come out enmasse as announced by the Christian Association of Nigeria and protest the killing of Deborah to pressure the Muhammadu Buhari led government to serve justice on the matter and for her killers to be punished according to extant laws of the Federal Republic of Nigeria.”