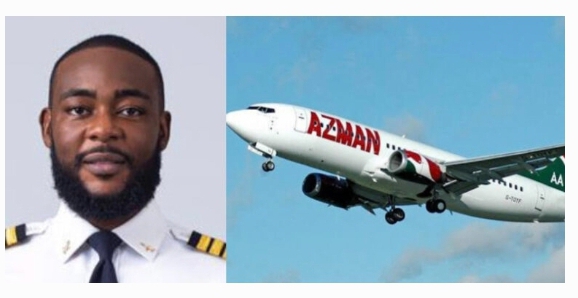 Azman airline has disassociated their organisation from Jamil Abubakar, a son in-law to Africa’s richest man, Aliko Dangote, 24 hours after he justified the ruthless killing of Deborah Samuel by religious extremists.

Angry Nigerians with the believe that Mr Abubakar was an Azman Air staff launched attacks against the Airline company for employing the services of a religious fanatic.

Distancing the airline from Mr Abubakar, Azman Air released a statement to inform the general public that the pilot had ceased to be their staff since 2019.

The statement read, “PUBLIC NOTICE: Capt Jamil Abubakar is no longer a pilot @AzmanAir; his last flight with us was 22nd Dec 2019,” Azman Air said in a rebuttal tweet. “We refuse to take responsibility for a comment or view of a former staff. The general public should kindly take note.”

Deborah Samuel, a 200 level student of Shehu Shagari college of education was brutally murdered after she was accused of blaspheming against prophet Muhammad in a WhatsApp forum.

Blasphemy: Positions of justice system and the holy Quran — By Yushau Shuaib