Killing Of Soldiers By Air Force: Over 600 Nigerians Have Been Sent To Their Early Graves Since 2017 ~ Report

by Segun Adegbite
in Special Report
0 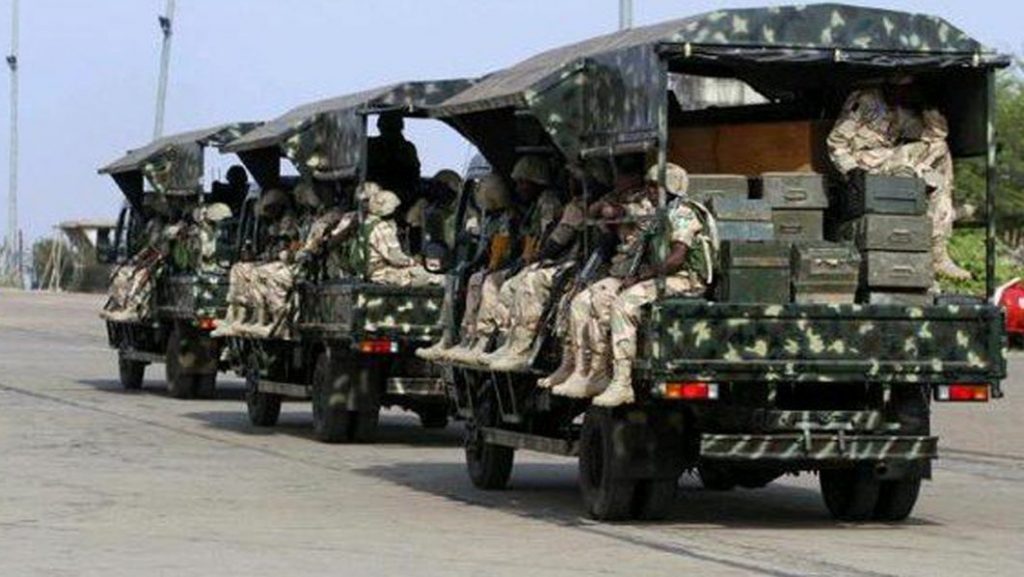 No fewer than 600 Nigerians who are mostly Christians including tens of soldiers have lost their lives and sent to early graves since 2017 by Nigerian Air Force through highly suspected premeditated and repetitive air bombings; and since then, no single culpable officers including pilot crew and their commanders or senior air force official such as AOC or Chief of Air Staff have been held accountable or dismissed from service, arrested and prosecuted so as to prevent future occurrence and deter others. This is more so when all innocent victims of the air bombings have been abandoned and neglected by the Federal Government of Nigeria-thereby thickening strong suspicions that the attacks were deliberate, systematic and state sanctioned-perpetrated on ethnic and religious grounds.

The attentions of the United Nations Security Council, the UN Secretary General, the Chief Prosecutor of the ICC and the authorities of the EU, US, UK and other developed democracies and respected international rights groups are hereby drawn and prayed to do the needful before it is too late. The above was the position of the International Society for Civil Liberties and Rule of Law, as contained in this statement, signed by Emeka Umeagbalasi, Board Chair and Chidimma Udegbunam, Esq., Head of Campaign and Publicity.

Intersociety is deeply concerned and worried over indiscriminate, reckless and unchecked loss of lives in the country, especially those aided or perpetrated by state actors since mid 2015. As a pacifist and research and investigative rights organization, we are deeply worried and pained that sanctity of human lives does not matter anymore in Nigeria, to the extent that every part of the country now plays host to a litany of killing fields. Nigeria is now a jungle and cannibalistic enclave dotted with ‘balance of fear and terror’ whereby those long classified as ‘highly protected and untouchables’ have joined those hitherto classified as ‘the most vulnerable and highly unprotected’ to battle with fears of losing their lives or finding themselves in situations of other unsafe conditions.

Today, soldiers and police personnel and other security personnel including other members of the Armed Forces and the Paramilitaries who turned their publicly procured arms and armaments into instruments of extortion and brigandage on Nigerian roads, boundaries, seaports, railways, airports, borders and other strategic locations are now forced by forces of injustice to battle daily to stay alive in their duty posts. The present turn of saddening and maddening developments is traceably fueled by institutionalization by the present central Government of Nigeria of impunity and state actor repeat-atrocities including the unaddressed massacre of Nigerians of particular tribe and religion through questionable air bombing and repeated tagging of same as “mistaken air bombardments”.

Statistics: On 7th Jan 2017, a Christian IDP camp in Kale Balge LGA of Borno State was targeted and air-bombed by Nigerian Air Force, killing no fewer than 236. It took the courage and conscience of then Chairman of the LGA to open up, disclosing that no fewer than 236 were killed. This was after the authorities of the Nigerian Air Force had denied the killing and letter claimed that “it was a mistaken air raid targeted at Boko Haram insurgents”. In Dec 2017, no fewer than 50 rural Christians in Numan, Adamawa State were killed in another air raid by the Air Force in combined attacks with Jihadist Fulani Herdsmen-who separately killed additional 32 Christians. The authorities of the Nigerian Air Force again claimed that “the victims were mistaken for armed herdsmen”. In same 2017, UN reported (in 2018) that ‘159 Children were killed in Nigerian Air Force coordinated air raids in the Northeast”

In late March and early April 2021, not less than 130 civilians were air-bombed and killed by Air Force in Benue (estimated 100 casualties) and Akwa Ibom (estimated 30 casualties) States with multi million naira properties razed including the Palace of a respected Traditional Ruler. The authorities of the Military claimed that “those killed were the hoodlums who attacked and killed soldiers and other security personnel on duty”. Back in Jan 2021, at least six rural farmers were independently reported to have been bombed and killed by the Air Force in their farms in Orlu, Imo State. The above accounts did not include hundreds, if not thousands of innocent and defenseless citizens including under age children possibly killed in counterinsurgency air raids by Nigerian Air Force in the Northeast; and just few days ago, tens (or over twenty) of soldiers attached to Operation Lafiya Dole in Mainok town, Borno State (alleged to be mostly, if not all non Muslim soldiers from the South), were air-bombed and killed by Nigerian Air Force. While the Nigerian Army admitted “losing five soldiers and an officer”, the Air Force, again, claimed that “the slain soldiers were mistaken for Boko Haram insurgents”.