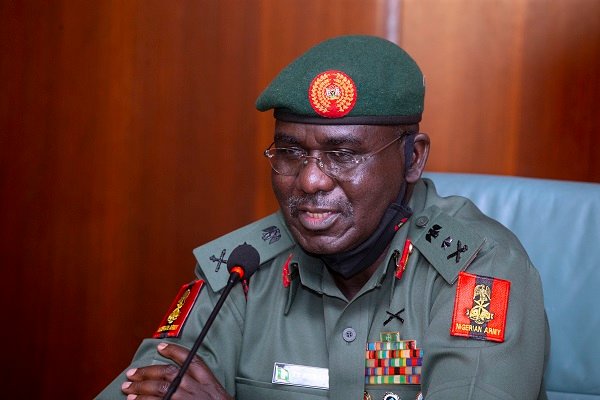 Troops of Operation Hadarin Daji have killed at least 35 bandits in Zamfara in two successive operations, the military said on Monday.

According to a statement signed by defence spokesman, Major-General John Enenche, the operations were carried out on Sunday.

The troops were also able to recover 24 cows and an unspecified number of sheep from the bandits.

Two suspected bandits have also been arrested in Katsina state, the statement added.

Following credible intelligence on the movement of armed bandits with rustled animals at Bungudu LGA of Zamfara State, troops of Forward Operating Base Kekuwuje yesterday 17 January 2021, responded immediately and made contact with bandits,” the statement said.

“In the course of the encounter 30 armed bandits were neutralised while 24 cows and an unspecified number of sheep were recovered.

“Troops swiftly mobilized to the area to forestall the reprisal attack. Troops were ambushed short of Janbako village where a firefight ensued. The gallant troops overwhelmed the bandits and neutralised 5 of them. Currently, troops are in pursuit of fleeing bandits.

“In another development, following a tip-off, 2 suspected bandits collaborators named Mustapha Sani and Murtala Sani were arrested at Dungun Muazu village in Sabuwa LGA of Katsina State. Suspects are in custody for further action.”

The military stressed that it was committed to the security of the nation.

“The Armed Forces of Nigeria and other security agencies will sustain the offensive against the enemies of our Nation,” the statement said. “We shall not relent until normalcy is restored to all troubled zones of the country.”