by Newsliks
in Press Statement
2 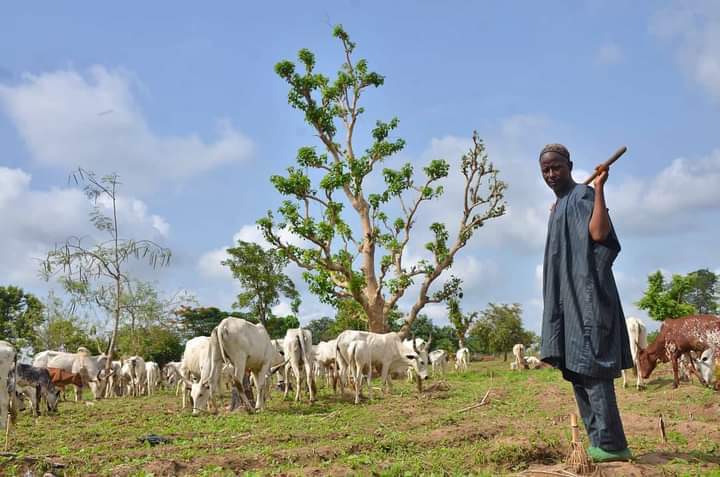 Pastoralists and cattle rearers under the auspices of Miyetti Allah Kautal Hore, Bauchi State chapter, says that it would henceforth resist use of the “Fulani Herdsmen Attack” phrase or any similar expression that negatively slurs the group and tribe.

The group stated that the use of the phrase is uncalled for, ethnocentric and against the entire Fulani race who are known for hardwork, tolerance and development in all facets of life.

This was contained in a press release, signed by the State Chairman of Miyetti Allah, Alhaji Hussaini Muhammad, and made available to newslik.com.

According to the release, the use of the phrase “Fulani Herdsmen Attack” is the highest form of injustice and ethnic discrimination being metted out to the Fulani people who are citizens of Nigeria with full rights as protected under the constitution of the federal republic of Nigeria.

“The contribution to the well-being and growth of Nigeria by men of the Fulani ethnic group cannot be overemphasized. Fulanis herdsmen were the only ethnic group paying the ‘Jangal tax’ used for the development of Nigeria in the early years of independence.

“The Miyetti Allah Kautal Hore, Bauchi State branch wonders why the media despite it’s professionalism, could stoop so low to label an entire group as “attackers” and when persons from other ethnic groups commit more heinous offences, they are referred to as either unknown gunmen, bandits, ritualists, armed robbers, but not associated with their tribes

“We observe there is no ethnic group in the entire globe whose men are all pious, as there must be a Judas in every twelve and where the said Judas is indentified, he should be called by his act and not his entire group as it’s been done to the Fulani ethnic group

“History has not forgotten that notorious criminals who were arrested or even killed from other Nigerian ethnic groups were referred to by their individual names and not ethnic group.

“Recently, the Nigerian media reported the criminalities of Terwase Akwaza (a.k.a Gana) being a Tiv man from Benue state, kidnapper kingpin Chukwudubem Onwuamadike (a.k.a Evans) Igbo man from Anambra state, the deadly “Ombatse” cultist group from Egon tribe in Nasarawa state who murdered the men of Nigerian Police Force and Officers of the directorate of State Security Services and Abubakar Shekau of Boko Haram who is a Kanuri man from Borno state, but none was extended to their ethnic groups”, the group said.