Rattled or frustrated, Trump is lashing out all over 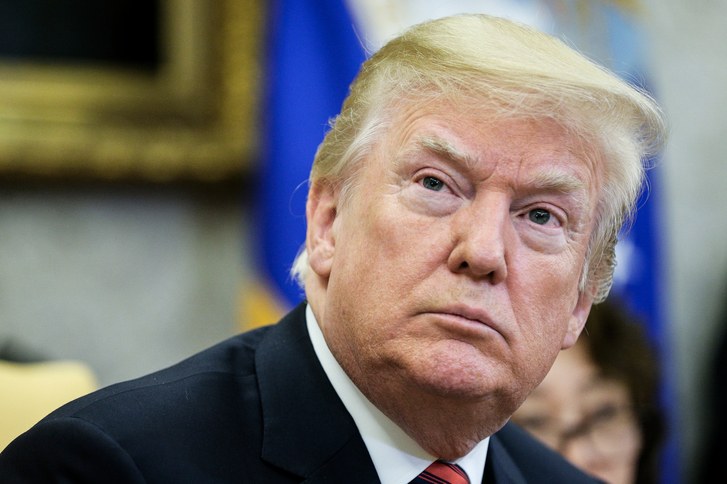 Donald Trump’s rejection by American voters was no sure bet at the start of the year. With the economy cantering, he seemed odds-on to be re-elected.

In February, the Senate, dominated by his Republican Party, dismissed the impeachment bid to remove him from office over allegations he improperly sought help from Ukraine to dig up dirt on Mr Biden.

Claiming to have been exonerated, Mr Trump seemed to have the wind behind him.

Nevertheless, As 2020 draws to a close, the United States can look forward to a new commander-in-chief after Joe Biden’s emphatic victory in November’s presidential election.

Yet for all Mr Biden’s extraordinary achievement in securing the White House alongside Vice-President-elect Kamala Harris, the year was defined by outgoing President Donald Trump’s defeat, a downward spiral that took in a catastrophic response to the coronavirus pandemic, fomented race riots, and egregious efforts to steal the election.

The above are excerpted from an article by Leo Cendrowicz, ‘2020 was defined by Donald Trump’s downward spiral that took in catastrophic response to Covid and race riots’, published today on Microsoft News.

Leo Cendrowicz also wrote that by March, the coronavirus was ripping through the US. As infection and death rates climbed, confusion reigned. Mr Trump brushed away experts advising drastic but necessary containment measures. Told by his own National Security Adviser that it would be the biggest national security threat of his presidency, he blithely predicted that it would “miraculously go away” by April.

The leadership vacuum was filled by those such as Anthony Fauci, the top US infectious disease expert. It fell to individual states to institute containment measures. Mr Trump bullied states in lockdown, almost certainly inspiring a plot by coronavirus sceptics to kidnap Michigan’s Democratic governor Gretchen Whitmer that the FBI eventually thwarted.

In the late spring, as the first wave of the coronavirus faded, a new crisis erupted, this time over race. Protests flared across America after footage spread of the death of George Floyd, an African-American choked for nearly nine minutes by a policeman in Minneapolis. The Black Lives Matter (BLM) protests expressed righteous anger over police brutality and spurred a global outcry for justice for the people of colour.

But Mr Trump ignored these pleas. Instead, he encouraged police to use extreme prejudice against protesters, and called BLM “a symbol of hate”. In one notorious incident, he ordered the tear-gassing of protesters near the White House so he could have a photo opportunity at a nearby church. As for Mr Biden, he recognised the importance of the moment, which was reflected in his historic choice of Kamala Harris, who is of Indian and Caribbean heritage, as his running-mate.

The election itself was a fraught process. Voter suppression was a real risk, with Mr Trump encouraging Republican state legislatures to restrict polling in Democratic neighbourhoods. With the coronavirus second wave approaching, many Americans concluded that the safest way to vote was by mail – even though Mr Trump directed the US Postal Service to slow down deliveries.

Despite the obstacles, turnout, at 66.7 per cent, was the highest it has been since 1900. With some close states, it took four days before networks called the result for Mr Biden, but the final tally showed a clear victory. He won by 51.3 per cent to 46.9 per cent, securing seven million more votes than Mr Trump, and took the electoral college by 306 to 232.

Congress is likely to be split. The Democrats retained control of the House of Representatives, by a narrower margin of 222 to 212. But the fate of the Senate, currently poised at 50 to 48 to the Republicans, rests on two run-off votes in Georgia in January. If the Senate stays Republican, it would severely constrain Mr Biden’s ambitious agenda of recovery and renewal.

As for Mr Trump, he declared victory on the election night. He still refuses to concede, baselessly alleging election fraud. He launched dozens of lawsuits challenging results in key states – 59 of 60 failed – and tried coercing Republican state legislators to overthrow the vote. Democrats describe this as either deranged loss-denialism or an attempted coup, but it nonetheless fired up supporters to keep donating to his campaign. A large majority of Republican voters say Mr Biden’s victory was illegitimate.

Yet Mr Trump’s time is drawing to a close. A rare one-term president, Mr Trump will leave the White House by 20 January, when Mr Biden is inaugurated.